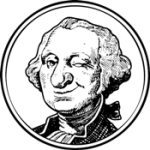 Well Rockledge, our rite of spring is past.

No, I’m not talking about Cinco De Mayo … rather, the NFL Draft is over, and three precious days of watching paint dry come to an end. Ah, spring.

Yes, I know serious football fans love this stuff (as do the television networks, not coincidentally), but so much oxygen has been consumed based on pure speculation that it’s becoming more and more clear how football-obsessed our culture is.

As a planner, I hate speculation. I would much rather plan for what I can control (like preparing taxes and bookkeeping for my Rockledge clients and businesses, and harvest the fruits without surprise.

And that’s exactly what we do with our Team Henn, CPA tax clients — at least with those who are smart enough to take us up on it — we PLAN for the upcoming tax season so there are no nasty surprises come tax time, and for many even, a few nice little perks.

Last week, we discussed the different concerns you might have in funding different kinds of retirement accounts — and how different tax implications should be considered as you do. Taking “future tax” into consideration is one bedrock of effective tax planning.

But many Rockledge families need to withdraw from retirement accounts early … and, well, unless you want the IRS to throw a big, fat penalty flag, you might should read on …

Dan Henn, CPA on Tax Planning: Early Withdrawals
“Plan your work for today and every day, then work your plan.” – Norman Vincent Peale

Too many Rockledge tax clients (almost all of them) wait until the winter before they look at their tax obligations. Even worse, they wait until that season before they speak with their professional in any kind of proactive way.

That’s a problem, and it could be costing you some serious savings.

Let’s say that you were considering taking money out of a pension (401k) to finance the down payment on a house. It’s quite a common maneuver. But let’s say next that you do this withOUT discussing it ahead of time with a professional. That could be a four (or five) figure mistake.

If you were to come into our Team Henn, CPA tax preparation offices in Rockledge before such a move, we would ask you a few easy, but very important questions, and then (depending on the answer) likely advise you to first roll the money ($10,000) into a Traditional IRA. You could then withdraw the money at a savings of $1,000.00. This is because money used for a first home, up to $10,000, is penalty-free when taken from an IRA, but NOT a 401K.

Would you be pleased by that move? I’d guess “yes”, especially if you knew about other clients I know of who failed to plan. This couple just learned of the $41,000.00 penalty they had to pay for doing the same thing, but from their 401k.

Other “penalty-free” withdrawal opportunities (I should note here: these are NOT “tax free”, but penalty free):

There are a few other obscure situations available, but again — these decisions are best made under consultation with us here at Team Henn, CPA.

Now, I should say that there is no guarantee that you will save by speaking to us in advance. But this I CAN guarantee: If you don’t speak with us, we won’t be able to save you a dime.

To more of your money in your wallet!

HOW CAN WE HELP